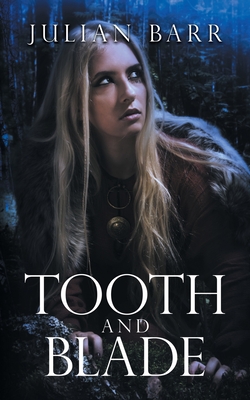 Synopsis
Parts 1-3 of the legendary TOOTH AND BLADE series together for the first time!

Dóta has dwelled sixteen years among the trolls. She knows nothing but the darkness of her family's cave. Her mother says humans are beasts who would slay them all. Yet the gods of Asgard whisper in the night: Dóta is a child of men, a monster unto monsters.

To discover her human side, Dóta must take up her bone knife and step into the light above. Secrets await her in the human realm--beauty, terror, the love of a princess.

Soon Dóta must choose between her clan and humankind, or both worlds will be devoured in fire and war.

A monster sheds no tears.

Norse mythology meets historical fantasy in TOOTH AND BLADE. Step into a realm of haunted meres, iron and magic.

Review
Dóta has grown up in the company of trolls, who tell her humans are monsters.
When Dóta is finally old enough to leave the cave to hunt, everything she thought she knew is about to change.

Dóta only knows what she has been told. That Modor found her after she was abandoned as a baby. This creature adopted her, and raised her alongside her troll brother Grethor, to fear the humans, the real monsters in this world.
She knows nothing outside of her cave, living a feral life in the cold and dark.
When she turns sixteen, her Modor agrees that she should have the chance to leave the cave and train to hunt for herself. It is on this trip she first comes across humans, and learns more about the realities of their world, instead of the prejudices her foster-family have instilled.

Disguised as a boy, so she can travel freely, Dóta finds herself brought into the presence of a king, as she is the only one who can wield magic strong enough to stop Grethor.

I really enjoyed following Dóta's story, as they adapt to living with trolls, as they know no better. Dóta is completely wild, and finds human behaviour bizarre and constraining. Having to wear clothes, and learn about gender-roles. She is drawn to the princess, but doesn't understand why, or the implications if people found out she was a girl.

I liked that Dóta doesn't fit the mold. She is born with the body and magic of a woman, but is constantly being told she has a man's soul. Throughout the story, Dóta finds the truth about her history, and establishes confidence in themselves.

Overall, I enjoyed this book, and look forward to reading more of Barr's work.