Showing posts from May, 2018
Show All

Raiden Out the Storm 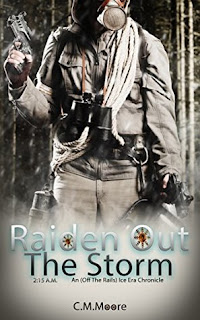 Raiden Out the Storm by C.M. Moore 4 out of 5 Synopsis In the kind of rough and tumble life they lead, Raiden knows there is no place for love… Raiden refuses his connection to Ash Winsor. She’s mean. She insults him. And she carries a big gun. He won’t have her. He should get away from her, but how? As soon as they can find the man who tied their heartstrings together, they’ll go their separate ways. All they have to do is get to H.S.P.C. headquarters building and pay him off. Raiden hopes that once he’s free, he’ll be able to go back to trekking on the surface of the planet and sending money home to his dad. He should be able to forget all about Ash and her handsome shadow. Love has kept Stone as Ash Winsor’s shadow for two years. He can’t bring himself to leave her even though the relationship is painful and going in circles. When he finds out that Ash is now tied to another man, Stone wants nothing more than to see Raiden gone. Together they will both follow King Winsor
Post a Comment
Read more 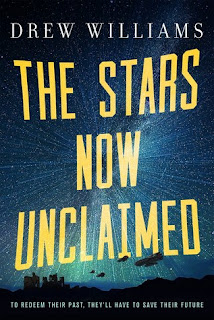 The Stars Now Unclaimed by Drew Williams 3 out of 5 Synopsis Jane Kamali is an agent for the Justified. Her mission: to recruit children with miraculous gifts in the hope that they might prevent the Pulse from once again sending countless worlds back to the dark ages. Hot on her trail is the Pax--a collection of fascist zealots who believe they are the rightful rulers of the galaxy and who remain untouched by the Pulse. Now Jane, a handful of comrades from her past, and a telekinetic girl called Esa must fight their way through a galaxy full of dangerous conflicts, remnants of ancient technology, and other hidden dangers. And that's just the beginning . . .
Post a Comment
Read more

New Adult Paranormal Romance Date Published:   4/20/2018 Publisher: FyreSyde Publishing Lonely. That's how it felt when Damien Pierce returned to Big Timber, Montana. It had been his childhood home until the day he was hit by a speeding car only to learn he wasn't badly hurt. The experience landed him the label of the town freakshow. Following the death of his foster mom, Damien soon disconnected from the world around him. That was at least, until he met her. She looked human but something about made her appear otherworldly to him. He knew he shouldn't but he wanted her. He would do anything to get to know her. To have her. Jillian Styles was immortal. Cursed by a dark god never to find rest. A shifter capable of taking the form of a beautiful wolf. She had searched for her lover's reincarnated soul for centuries only to find he was nowhere to be found. When she meets Damien, her world is turned upside down. She falls in
1 comment
Read more

Blog tour: Hail to the Queen

Blog Tour: Hail to the Queen   Author: Shyla Colt   Genre: Romance/Science Fiction/Fantasy   Dates: 21 st – 25 th of May   Hosted by: Ultimate Fantasy Book Tours Blurb: With two coronations to attend, you’d think the universe would stop piling catastrophes on top of Louella Eschete, but you’d be dead wrong. As she prepares to ascend two thrones, one as Lady of the Cortez Vampire Court and the other as Matriarch of the Eschete Witches, she must face a new evil.  Just when Lou is ready to stab a seamstress with a hat pin, murder and strange occurrences begin to happen around her city. Stolen corpses in the cemetery, decapitated astronomers, and hearts taken from nursing homes is odd, even for Louisiana. There is no rhyme or reason to the carnage, but the sigil left behind at a scene points to something ancient.  It’s a race against the clock for humanity. There’ll be nothing to rule if everyone’s dead.
1 comment
Read more 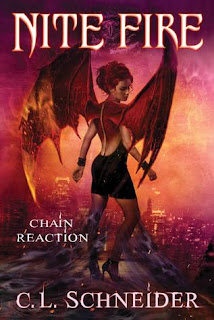 Chain Reaction by C.L. Schneider 5 out of 5 Synopsis If anyone can tell the difference between monsters and humans, it’s Dahlia Nite. For nearly a century, she’s hunted one to protect the other; safeguarding humanity from the creatures that slip through the torn veil between the worlds—creatures like her. But the lines are blurring. As people begin mutating and combusting on the streets, Dahlia realizes a strange affliction has descended upon Sentinel City. The mysterious ailment strikes all walks of life, from the posh, high-end nightclub district to the homeless community. Its victims, driven to random acts of savagery, are drawing attention too fast to cover up. Assigned to the case, Dahlia and her human partner, Detective Alex Creed, investigate the deaths. But all they have is questions and bodies, and a public on the verge of panic. Working behind the scenes with her self-appointed sidekick, Casey Evans, Dahlia struggles to discover what, or who, is behind the alarming
Post a Comment
Read more

Daughter of the Sun 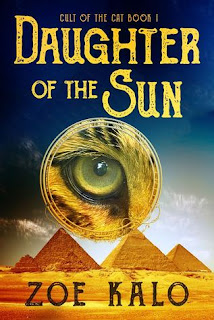 Daughter of the Sun by Zoe Kalo 4 out of 5 Synopsis Sixteen-year-old Trinity was born during a solar eclipse and left at the doorsteps of a convent along with a torn piece of papyrus covered with ancient symbols. Raised by nuns in the English countryside, she leads a quiet life until she’s whisked away to the Island of Cats and a grandmother she never knew. But before they can get to know each other, her grandmother dies. All that Trinity has left is a mysterious eye-shaped ring. And a thousand grieving cats. As Trinity tries to solve the enigma of the torn papyrus, she discovers a world of bloody sacrifices and evil curses, and a prophecy that points to her and her new feline abilities. Unwilling to believe that any of the Egyptian gods could still be alive, Trinity turns to eighteen-year-old Seth and is instantly pulled into a vortex of sensations that forces her to confront her true self—and a horrifying destiny.
Post a Comment
Read more
More posts