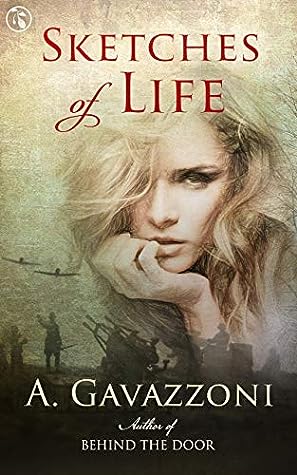 Synopsis
In the middle of WWII, France has surrendered to Germany, and young Lily, half French and half American, has her life turned upside down. A careless girl full of dreams, Lily must leave France and go to her father’s homeland, taking her mother with her.
Lily’s mother becomes completely dependent upon her teenage daughter, and Lily is forced to grow up quickly. Trying her best to support them both, balancing work and dreams of continuing her studies, Lily meets her first love and discovers passion and betrayal on her way.
Ninon is a survivor. Alone in the world, she works as an exotic dancer in a French cabaret called Le Passioné, where she moves her hips to put food on her plate until a new and dangerous opportunity is presented to her. Although Ninon has lost faith in love and God, life will show her surprises can be found around every corner.
France, the United States, Spain, Austria, and Argentina present the backdrops for an epic tale of people trying to adapt to a world in turmoil—one that’s filled with secrets and surprises.

Review
With a war-torn France trying to re-establish itself, we follow two stories of the strength it takes to create a new life.

I received a free copy in exchange for an honest review.
I have read Gavazzoni's Hidden Motives series, and I was excited to read more about Lara's intriguing grandmother.

The narrative is split between two women (sort of).
Lily is the youngest of two daughters. She is bright, ambitious and always speaks her mind. She is loved by her family, and has a blessed life; until the war tears everything apart.
Her older sister is dragged away by Nazi soldiers in the middle of the night, and Lily is sent with her mother to safety in the US.

Ninon is alone, she relies on no one but herself. She has learnt to dissemble and keep her secrets. Along with her intelligence, this makes her the perfect candidate to become a spy, and do her part for France.
She finds new purpose in her training, becoming an elite sniper, and finding a new band of friends she never expected.

Both lead very different lives. With Ninon's new role of espionage, of hunting down and taking out villains, her scenes are the most exciting (although it does take a lot of waiting and observing their target, to make the operation run smoothly).
That being said, Lily's storyline has more of an emotional impact. Despite only being 16 years old, Lily adapts to life in America, having to be the responsible adult from the beginning, as her mother struggles mentally. She takes everything in her stride, abandoning her own education, to support her mother and her failing health, which quickly burns through the fund her father sent to her.

Both characters are brilliantly strong-willed, and defy the betrayal and danger they are often in. They have no intention of following the traditional role for women at that time.
I particularly liked how Ninon's story ended, bringing everything full circle.

I thoroughly enjoyed this book, and look forward to reading more of Gavazzoni's work.