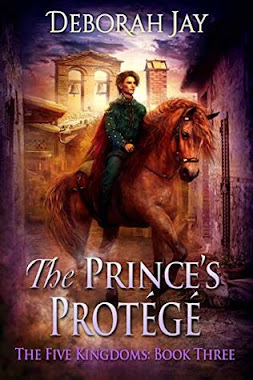 In the aftermath of the devastating coup, King Marten strives to rebuild his subjects’ confidence in the throne, but not all his councillors believe the young monarch is ready to rule alone. An assassin’s stalking him, his closest advisor has been murdered, and rumours have surfaced that the malicious god’s cult is reborn.

As Marten grapples with a dark, personal secret, who can he trust?

Meanwhile, fledgling spy, Lady Betha, successfully infiltrates a conspiracy. However, getting back out alive with information vital to the king’s survival may prove beyond her capabilities.

And as Rustam and Risada search for Risada’s kidnapped son, they find the dual-natured deity meddling with their lives again. If only they could tell which aspect: god or goddess, evil or good?

The fate of the land—and possibly mankind—depends on each of them completing their tasks. Problem is, with both sides of the deity now openly interfering in human affairs, will they all survive?

Without his uncle to guide him, Marten has to step up and decide what type of king he is going to be, and work out where the newest threat is coming from.

This review will contain spoilers of the previous books in the series. Non-spoiler reviews for those are here: The Prince's Man & The Prince's Son.

This book picks up immediately after The Prince's Son, and the death of the spymaster, and strength behind the throne - Prince Halnashead.

Suddenly being stripped of his support, everyone is at a loss. For the first time, they have to make their own decisions, without knowing if it's the right choice.

Risada knows that she's expected to travel with her late-husband, and to see to his funeral rites; but she can't settle into that role until she has tracked down her missing son and the woman who stole him.

Rustam will stay at her side, no matter what.

King Marten is determined to be his own man. He just has to work out what type of man that is. With pressure from the court; his cousin, Princess Annasala; the church; and the shadow of his abusive grandfather hanging over his head; Marten is questioning every choice he makes.

This book focuses much more on Marten's story, than Risada & Rustam's. Throughout the series, he's always been portrayed as young and weak, relying on his uncle to make the final call on everything. He knows that no one will take him seriously, whilst they think Halnashead is pulling the strings.

Marten decides to show his independence, taking control of ruling his country, both the visible side of his duties as a reigning monarch; and hiring his own spies. He realises the importance of having his own network, of being informed of every threat and compromised person in his vicinity.

Lady Betha returns in this instalment, a widow who is trying to run her late-husband's estate, and deal with the disapproval from other lords, and labourers who don't think women are capable of such things.

Little do they know - Betha is more than capable. And there is more to her than meets the eyes. A spy for Prince Halnashead, she will go above and beyond to keep the crown safe.

I like that this series explores the different strengths and roles that women can have; and their different ways of rebelling against expectations.

Everything just seems to click together when (male and female) characters accept who they are. From the King realising that he didn't have to prove himself to the goddess, he was waiting for his own approval; to Risada accepting that even though she is deadly, she can still be a good mother, and the new spymaster.

In fact, the title "The Prince's Protégé" could apply to so many characters: to Prince Halnashead's sons; King Marten; Risada; Betha. They all step up to the task, and I believe Hal would be proud.

I think it was very important to have this instalment, and appreciated getting to know Marten and the big bad threat finally revealing themselves. It was easy and fun to read, but I don't think I was as invested in Marten and Betha's story as with characters from previous books.

The plot was very good, but didn't have the twists and surprises that preceded it. It was fairly straight-forward. I got the feeling that this book put its energy into dealing with the fall-out of The Prince's Son, and setting the stage for The Prince's Heir.

Overall, I really enjoyed this, and I'm looking forward to the fourth and final instalment.