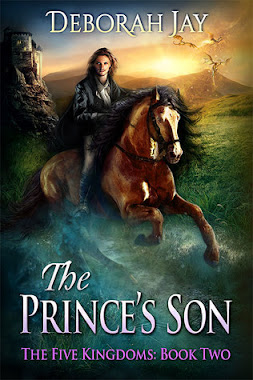 Nessa Haddo has been raised to pursue what every young noblewoman needs: a suitable husband. Unfortunately for her, as a younger twin, her prospects are limited. Things start to look up when she lays eyes on the handsome foreign envoy sent to escort her sister to an arranged marriage, but her romantic fantasies quickly entangle her in events beyond her darkest nightmares.

Compared to his last mission, ex-spy Rustam Chalice’s new assignment sounds simple: wrangle an unwieldy bridal caravan across a mountain range populated by bandits, trolls, werecats, and worse, try to cajole a traumatized princess out of her self-imposed isolation, and arrive on time for the politically sensitive wedding. What could possibly go wrong?

Meanwhile, Lady Risada—the woman who haunts Rustam’s dreams—is struggling to adjust to a normal life. All her carefully honed assassin’s instincts scream warnings of foul play, yet she can find nothing obviously amiss.

And deep in the halls of a mountain clan, an old enemy plucks his victims’ strings with expert malice.

In an effort to strengthen ties between countries, Rustam is responsible for escorting Tyr-en nobles to an arranged marriage. But an old enemy is about to disrupt these plans.

I initially read the first part of the series a few years ago, and it was easy to slip back into the world of the Five Kingdoms, with Rustam and Risada coping with their new lives.

Despite saving the country, Rustam was exiled for using magic. Two years on, he has a prestigious diplomatic position in a foreign court, but his first loyalty will always be to Tyr-en and Prince Halnashead.

Free from Tyr-en's strict rules on magic, Rusty has been able to learn so much more about his inborn skills. He has to refrain from using them during his escort mission, as the girl's chaperone - Princess Annasala - has a deep-routed fear of magic, thanks to the torture she previously endured.

Risada knows what's expected of her. She is a lady of the second house, and needs to continue her bloodline with a suitable partner. No matter how much it breaks her heart.

At the end of the last book, she had negotiated her own marriage to Prince Halnadshead, and they are now expecting their first child.

Risada used to be the most dangerous woman in the Five Kingdoms, but her days as he infamous assassin Dart look to be over. With her permanently damaged arm, and her growing belly, you can sense her frustrations at losing her once-perfect control.

But her instincts are telling her there's danger, and Risada is determined to get to the bottom of it, whilst protecting those she loves.

The newcomer to the story, is Nessa. The younger twin sister of Lady Julin, they travel together to Julin's arranged marriage across the border.

There are plenty of superstitions about younger twins in the Five Kingdoms, they are thought of as unlucky, or cursed. Nessa knows that she cannot expect much from life, but she hopes that after Julin marries, she can take the time to find her own perfect suitor. As soon as she lays eyes on Rustam, she is violently in love, and has a whole journey through the mountains to gain his affections.

Nessa was... sooo very annoying and immature in the beginning, but she means well, and all of her actions have good intentions. At seventeen years old, her view of the world is very narrow; and being the disposable twin has given her an uncertain future. I think that makes what happens to her so much harsher in comparison.

Nessa and Julin both suffer various abuse whilst captive with the Tylocians. Neither are innocent children when they get out.

The abuse suffered by female characters is very central to this plot, with the twins' forging it into a quiet strength; compared to Princess Annasala, who uses religious mania to stop herself from having to deal with it.

The story doesn't shy away from the subject, and I thought it was written very well. It respects how serious this is, and portrays it honestly; but the writing never gets bogged down with being dark and depressing.

The rest of the plot plays out well, keeping you guessing and hoping the whole time.

Being the second book in the series, we're able to get closer to the characters - which makes certain scenes all the more moving.

The introduction of the gemeyes (mythical magic users) did make my head spin, as they jumped between places, with little explanation at first. But I did like them, and I'm really looking forward to what part they may play later on.

Overall, I really enjoyed this book, and I've already got the third one lined up!