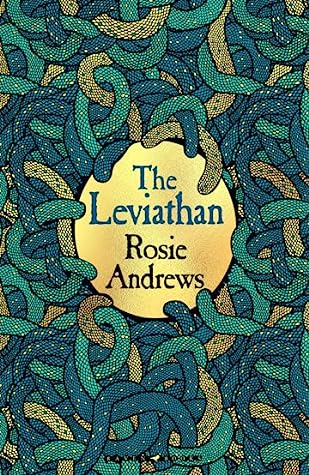 4 out of 5
Synopsis
The most beguiling debut of 2022, perfect for fans of The Essex Serpent, The Mermaid and Mrs Hancock and The Binding.
She is awake...
Norfolk, 1643. With civil war tearing England apart, reluctant soldier Thomas Treadwater is summoned home by his sister, who accuses a new servant of improper conduct with their widowed father. By the time Thomas returns home, his father is insensible, felled by a stroke, and their new servant is in prison, facing charges of witchcraft.
Thomas prides himself on being a rational, modern man, but as he unravels the mystery of what has happened, he uncovers not a tale of superstition but something dark and ancient, linked to a shipwreck years before.
Something has awoken, and now it will not rest.
Richly researched, incredibly atmospheric, and deliciously unsettling, The Leviathan is set in England during a time of political turbulence and religious zealotry. It is a tale of family and loyalty, superstition and sacrifice, but most of all it is a spellbinding story of impossible things.
Review
Thomas is summoned home by his family, when the bewitching new maid starts to cause problems.
I received a free copy from Netgalley in exchange for an honest review.
Thomas Treadwater is a soldier, on leave from his regiment. He has received letters from his sister, who is increasingly worried about the improper influence their beautiful new maid Chrissa has over their father. He travels home as fast as he can, seeing signs of witchcraft along the way.
When he gets there, Chrissa has been arrested by witch-hunters, and his father is in a coma.
Thomas is wise to how often people are incorrectly accused of witch-craft, and he doesn't want to be quick to judge Chrissa. He wants to discover the truth, although he could never predict where it leads.
I thought that the story was quite slow to start. It's written in a very descriptive, old-fashioned way, which I liked, and I thought it worked well, but it took a while to get used to it.
In the beginning I found Thomas to be quite self-involved. Everything was about his thoughts and feelings, and he doesn't take responsibility for his actions. It was hard to grasp the larger story, as it was so focussed on Thomas.
This improves quickly.
I was soon hooked on finding out the truth behind who was really causing the illnesses in Thomas' father and livestock.
The story feels like a real historical investigation. It feels very of the time, the way that the threat could be human, or just as easily witches and demons, as they were just as real in their eyes.
I really like how it wove together life at the time of the civil war, many of the men of the land have joined the war efforts, disrupting daily life, and making things harder all round.
This background is important for the story - Thomas' foe feeds on death and revels in the destruction of man.
Overall, I thoroughly enjoyed this historical mystery, and look forward to reading more of this author's work.
Goodreads
Amazon
Dark Demons Epic fairy-tale fantasy Historical Mystery NetGalley reviews witches