A Lady's Guide to Fortune-Hunting 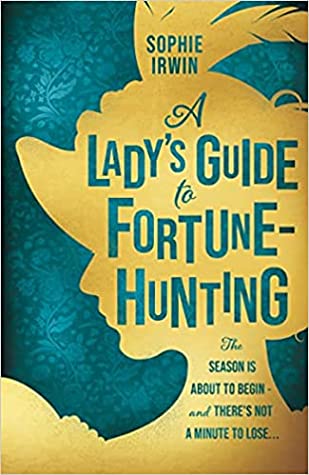 A Lady's Guide to Fortune-Hunting

1 out of 5
Synopsis
The season is about to begin—and there’s not a minute to lose.
Kitty Talbot needs a fortune. Or rather, she needs a husband who has a fortune. This is 1818 after all, and only men have the privilege of seeking their own riches.
With only twelve weeks until the bailiffs call, launching herself into London society is the only avenue open to her, and Kitty must use every ounce of cunning and ingenuity she possesses to climb the ranks.
The only one to see through her plans is the worldly Lord Radcliffe and he is determined to thwart her at any cost, especially when it comes to his own brother falling for her charms.
Can Kitty secure a fortune and save her sisters from poverty? There is not a day to lose and no one—not even a lord—will stand in her way...
Review
After the death of their parents, it is up to Kitty to secure an advantageous marriage, to save them from destitution. Lord Radcliffe starts as a hurdle, but soon becomes her ally.
I received a free copy from Netgalley in exchange for an honest review.
After their parents die, and their debts threaten to take everything from them, Kitty thinks she has the problem solved, with an engagement to the squire's son.
Mr Linfield throws her over for an elegant woman of better breeding. There are no other rich bachelors in the area, so Kitty plans to travel to London with her prettiest sister, and ingratiate herself into high society.
Her plans to ensnare a rich young man seem to be going too well, when she catches the attention of Archie de Lacy; until his older brother puts a stop to it.
Rather than be put off, Kitty promises to turn her attention elsewhere, if he promises to help her navigate the ton.
I liked the premise, that a woman of poor fortune and questionable birth, would rise through the ranks using nothing but her wit and stubborn belief that she can achieve her aims.
Unfortunately, I did not like any of the characters.
Both Kitty and her sister are selfish and bland. Despite my hopes, I could not connect with them.
I also thought it was poorly written - we are constantly told how charming and effervescent Kitty is. Which is a harsh contrast to what is shown to the reader. Every time we are told, it just jarred that much harder.
Archie is a rather annoying puppy-dog, with no further depth.
His older brother James was a little more interesting, but couldn't improve the book.
The story was completely flat. I found it very slow-moving.
The plot has no subtlety; apart from Jame's interference, there is no conflict.
The characters are bland, and offer no appeal.
The historical aspect was flawed, relying on known cliches and made no effort to explore the world.
Goodreads
Amazon
Historical NetGalley reviews romance