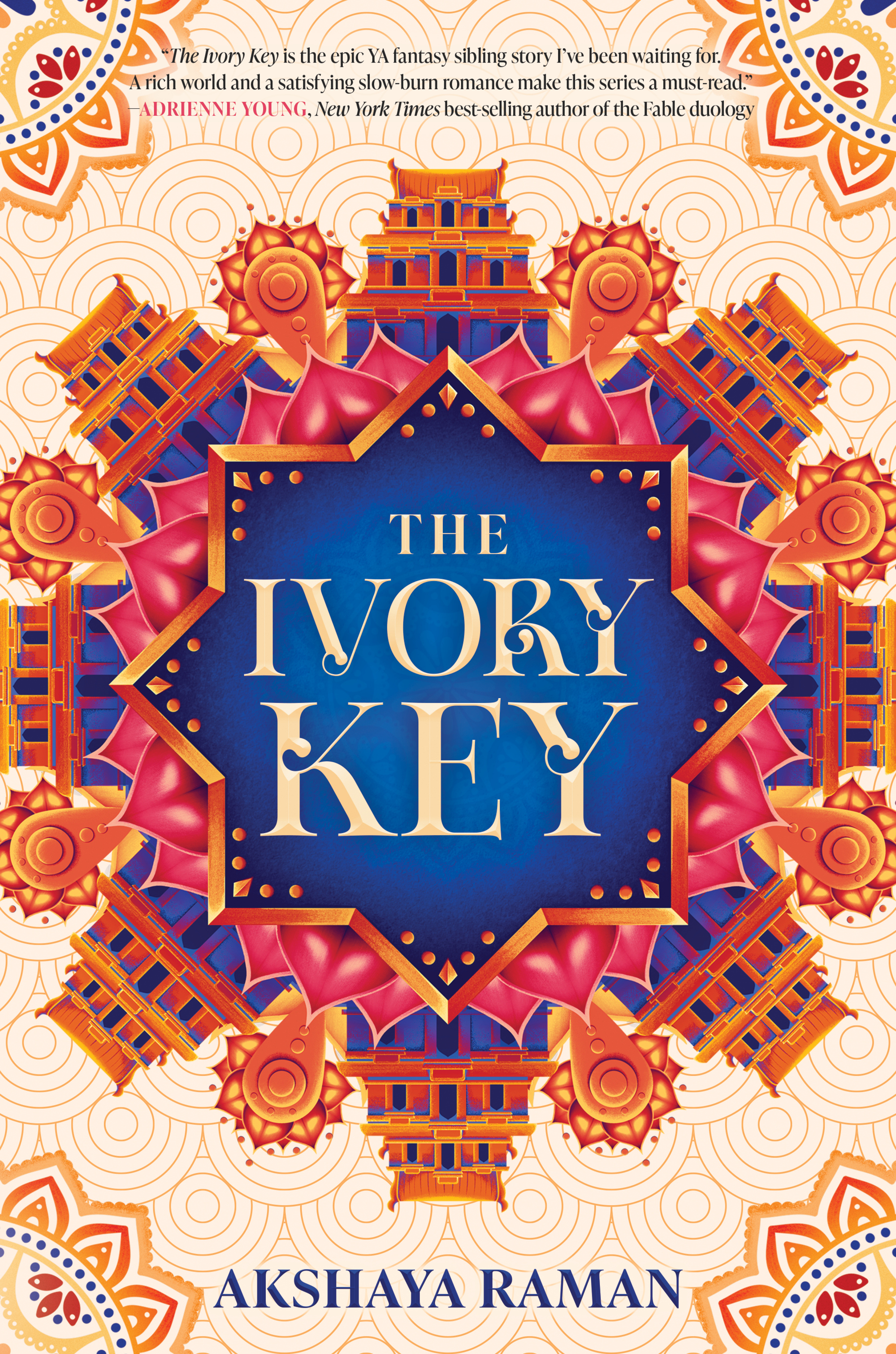 2 out of 5
Synopsis
Magic, a prized resource, is the only thing between peace and war. When magic runs out, four estranged royal siblings must find a new source before their country is swallowed by invading forces. The first in an Indian-inspired duology.
Vira is desperate to get out of her mother’s shadow and establish her legacy as a revered queen of Ashoka. But with the country’s only quarry running out of magic–a precious resource that has kept Ashoka safe from conflict–she can barely protect her citizens from the looming threat of war. And if her enemies discover this, they’ll stop at nothing to seize the last of the magic.
Vira’s only hope is to find a mysterious object of legend: the Ivory Key, rumored to unlock a new source of magic. But in order to infiltrate enemy territory and retrieve it, she must reunite with her siblings, torn apart by the different paths their lives have taken. Each of them has something to gain from finding the Ivory Key–and even more to lose if they fail. Ronak plans to sell it to the highest bidder in exchange for escape from his impending political marriage. Kaleb, falsely accused of assassinating the former maharani needs it to clear his name. And Riya, a runaway who cut all family ties, wants the Key to prove her loyalty to the rebels who want to strip the nobility of its power.
They must work together to survive the treacherous journey. But with each sibling harboring secrets and their own agendas, the very thing that brought them together could tear apart their family–and their world–for good.
Review
When Ashoka runs out of magic, it is up to Vira and her siblings to track down a mythical source.
I received a free copy from Netgalley in exchange for an honest review.
The narrative is split between the four siblings.
Vira rules as maharani, since their mother was murdered. The countries are almost at war, insulted that Ashoka is no longer trading magic with them; when the truth is worse. And Vira's latest effort for peace via a political match has been dashed, when her fiance is killed on route to the capital.
Riya is the sister who escaped palace life. Always clashing with their mother, and the rules they had to live by, Riya leaves it all behind. She finds a place with the Ravens - bandits who steal from the rich, to feed the many poor.
When they discover her identity, the Ravens insist that Riya must return to the palace and be their inside person, helping them steal the greatest resource - magic.
Kaleb is a half-brother, a fact that never mattered until the last maharani was killed, and Kaleb framed.
Stewing in prison, he jumps at the chance to help Vira track down the legendary Ivory Key.
Ronak is Vira's twin-brother, but he feels no familial duty to her. He blames her for their brother's imprisonment; and he knows it's only a matter of time before he is bartered away in a political marriage.
Ronak and his friend spend their time trying to build up their wealth, so they can escape abroad.
The siblings are estranged, the pressures of being the royal family pushing them apart, rather than together.
The book starts with their separate stories. They all come to their own decision to track down the Ivory Key, a way to find the ancient magic mines that were hidden centuries ago. Each has their own agenda, but they see the benefit of working together.
I liked the history of magic, and how magic permeated Ashokan culture. It is used so much in their daily lives, and defence of the country; it is impossible to see life without magic.
Vira's citizens are restless enough, and she knows that if they knew about the magic shortage, it would lead to outright rebellion.
The not-so-good.
I did not like the siblings. I couldn't root for a single one.
I thought they were all selfish and obnoxious, in their own way. They are all blind to other people, and for the "good guys", I thought they were childish and quick to blame others.
I had hoped to enjoy Riya's story, as she returns from her sparse but fulfilling life with the Ravens, to the lavish life of a royal... but she's so quick to go back to enjoying all the luxuries, without any guilt, or thoughts of sharing it with those less fortunate than herself. I found her very shallow indeed.
I had trouble believing in the world and circumstances. It had all the promise of being an intriguing and politically dangerous world. Everything was in place; the last maharani being murdered; a court full of advisors with dubious intentions; and other countries ready to rise in war over the loss of magic.
BUT it was only ever mentioned in drips, hinted at and never anything solid. I wished more time had been spent on these, to increase the drama and make the threat hanging over their heads more real.
Instead, the writing was slow and all about dull things; the siblings constantly going over the same details, and their selfish little opinions of little things.
Overall, I loved the idea, but couldn't connect with the story. I will not be continuing with the series.
Goodreads
Amazon
fantasy LGBTQ Mystery NetGalley reviews YA