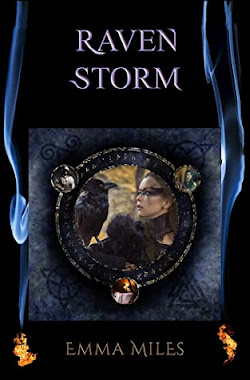 5 out of 5
Synopsis
Fear walks with those in power.
Divided, the land of Chem hangs in the balance. In the west the Ravens seek to bring safety to women, and an end to slavery. In the east the remaining covens cling to their power, refusing to give up their way of life to foreign invaders. Across both lands the priests whisper and plot, their gods a shadowy threat hanging over them all.
To protect their young family, Kesta and Jorrun have made their home in the Raven Tower of Elden. Unable to abandon their responsibility or friends, they remain embroiled in the fight to the north. Whilst peace and friendship blossom between the Fulmers, Borrows and Elden, the arrival of strangers turns the court of Taurmaline upside down.
The history of the Fire-walkers is about to catch up with them, and the Fire-spirit’s truth will be revealed.
Review
The Ravens face a new threat during their liberation of Chem; and a powerful new enemy reveals themself, obsessed with the destruction of Kesta's family.
I received a free copy in exchange for an honest review.
This book picks up about 6 years after the The Raven Coven (Fire Walker #2).
Kesta and Jorrun have managed to maintain peace between Elden, the Fulmer and Borrow Islands. In Western Chem, people are finally getting used to the new rules, the banning of slavery, and the freedom of women. In Eastern Chem... well, it's still a working progress.
Kesta and Jorrun have two young children, which is a rarity for those with magical bloodlines.
During this peaceful time, both Kesta and Jorrun travel to Chem, to make a bigger impact on the revolution.
Unfortunately, this coincides with strangers from an unknown land arriving in Elden. It's up to King Bractius and Temerran the Bard to discover their true intentions, and why they hate the Fire Walkers of Fulmer Island so much.
This was fun.
It's been a while since I read the last book, but I quickly got back into the story of Kesta & co.
The cast of characters just keeps getting bigger and better with each book, as you get to learn more about them, and characters face new challenges.
I love how many of the female characters are very prominent in the various storylines. There's so many strong female characters - showing their own approach to strength. It's just so rewarding. From Dia and Heara, to Kussim and Catya... oh Catya, I cannot wait to see what happens with her next.
The plot was... I don't really want to say anything, because it was so fun to see it all unfold.
I felt that the previous two books were epic, but this third one took it up a level. There's plenty of espionage, battles, magic and monsters (both human and demonic).
It never felt rushed; and for a book that was longer than the others I've read recently, I flew through it.
Unlike the previous two books, where the endings felt very final and could have easily been "the end"; Raven Storm feels very much like a platform for the next part of the story. Don't get me wrong, it's very climatic and settles a lot of the drama, but it's clearly not over yet.
Next book please.
Goodreads
Amazon
adventure Epic fantasy Intrigue Mystery reviews witches