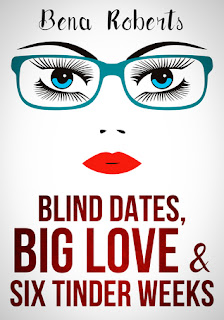 Synopsis
A gripping laugh out loud romance novel with a spy and mistaken identity. A captivating tale about Helen and her journey after divorce. Humorous black comedy with a cultural twist that anyone over-forty or divorced and looking for love online will love. Helen is a British girl living in Germany.

Helen's children leave home at eighteen. She sleepwalked through her marriage for twenty years for their sake. But when they go, she leaves her husband. Her house is a mess, as is her image and Helen breaks down. Through her pain, she draws blood and allows the universe to guide her and her decisions.


The unexpected happens, scientist Helen gets thrown into a new life of hedonism, dating, and self-discovery. A charming lawyer steals her heart, but is Helen ready for the fast lane? Will the local village fireman provide the romance of her dreams? Or the military spy CJ, who is convinced that Helen is part of a Romanian smuggling gang. With the help of her sister Portia, Helen starts to transform her life. The universe guides her to finding something in herself.

Six Tinder Weeks is for anyone that likes Romantic Comedy, Dark Humor, Satire or novels about love, sex, and marriage.


Genres of the book - ideal for fans of romcom, Bridget Jones, British fiction, love films, Four Weddings and a Funeral and Chicklit or Mom lit.


Review
Helen finally shrugs off her terrible marriage, and embraces the new world of Tinder.

I received a free copy in exchange for an honest review.
I would like to stress that I received an Advanced Readers Copy, so some of the issues I had may have been edited out in the final, published book.

Helen is a successful scientist, she is the breadwinner in her family, and she has managed to raise some beautiful children, all despite being lumbered with Edward. A man who falls in and out of work, expects her to do everything, and treats her like shit.
Enough is enough, and after her children leave to go explore the world at eighteen, Helen finally gets shot of Edward.
At this point, she is very down-trodden. She's afraid that the life she knew is over, and there's no guarantee she'll get another one.
After an impromptu visit to a flashy new hairdresser, Helen comes away with a new hairstyle, and a new outlook on life. She is going to try Tinder.

This book didn't work for me.

Helen is not likeable.
She is our main narrator, and her thoughts are constant and in-depth. She spends a lot of time analysing herself and how she got to point X. But I still felt like I hardly knew her.
She's a scientist (it says so in the synopsis, and occasionally in the book). But what sort of scientist? I'm a scientist, but I imagine I'm a very diffferent one to her. What's her job? How does she feel about her job? All she mentions is the occasional office party.

What about friends? Does she have any friends except from her sister and her children? All who live in different countries right now. Isn't there anyone she shares a cup of tea or a bottle of wine with, in Germany?
If she has no friends, I think she's got bigger issues that not having somebody to shag.

I also found her quite self-involved, and a hypocrite. Guys weren't allowed to make any comments about her being overweight, because that makes them a shallow prick. But Helen is allowed to judge them.

The copy that I read needed an editor.
There were sentences that just didn't make sense, and didn't read right, slowing down the whole experience for me.

The story is split between different narrators. It's a short story (less than 200 pages), but it has lots of different opinions going on.
When the hairdresser suddenly got to narrate a chapter, I thought he would have an ongoing importance. Would he transform Helen, as in My Fair Lady, and realise he was in love with her?
... No. He just has his egotistical bit, why he gyrates his manhood in front of her, gets her onto Tinder, and disappears.
Then the eyebrow threading assistant gets to narrate. Seriously? All she contributes, is that she's in love with the hairdresser, and she's jealous that he flirts with lady-patrons. Seriously? Hugely unnecessary and didn't lead anywhere. This could have been compressed into a single line, of Helen's opinion of the assistant that seemed to go out of her way to cause pain.
Then you have Helen's sister, who I imagine is a paler version of Patsy out of Ab Fab.

Then you have some of Helen's Tinder connections. Yes, not all. Italian lover gets to narrate, as does the CIA agent; but Fireman and Apollo don't get a shout?
Not really fair when you consider the eyebrow threader got a scene.

Oh yeah, and what happened with Helen staying faithful to Apollo, to the extent that she refused to continue chatting to CIA-guy? But as soon as Fireman says he's a fireman, she invites him over for an afternoon session?
Nothing seemed to have much continuity.

Then there was the whole dependence on using texts/messages to tell the interaction between Helen and her beaus. If you thought 50 shades was bad...
The author repeats entire previous text-conversations. On the one hand, it's a useful recap; but on the other, it felt like a cheat, and a quick way to build page count.
The text-convos would have worked better if it was clearer what was the message, and what was Helen's thoughts. There was no difference, no speechmarks, no italics. I had to go back and re-read it several times, and match it to what followed, in an attempt to guess what had been said, rather than thought.

Overall, it was a nice idea, but the execution could have been better. 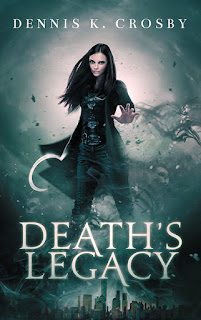 Death's Legacy by Dennis K. Crosby 5 out of 5 Synopsis Twenty years ago, Reaper of Souls Kassidy Simmons battled Azra-El, the Angel of Death and won—or so she thought. Now, a number of strange and unexplained deaths are afflicting Kassidy’s quiet New York town. She wishes she didn’t care. But she does. Her empathic abilities are expanding beyond her control, and the intense emotions are tearing apart her relationships. They’re also degrading the magical wards put in place to protect her from other Reapers and the even deadlier Wraiths—onyx-eyed henchmen of Azra-El. ​Allied with her longtime mentor and a college professor with ties to her past, Kassidy learns that the untimely deaths are regenerating Azra-El, and that the only way to stop him is with the Scythe of Cronus, the legendary weapon of the God of Death. ​To save her loved ones and reset the natural order, Kassidy must journey home and confront a past she’s been running from for two decades. She’ll face-off with enemies, ol
Read more

As you may have noticed, things have been looking rather bright on my social media lately. I'm excited to announce that the 4th entry in the Northern Witch series is taking shape as a real book . This is my 11th book release, and I still get giddy! Summer Sin (Northern Witch #4) As an eventful school year draws to a close, Mark has to face his greatest challenge yet. Witches, demons and spells have quickly become the norm for Mark, but he will find that magic can't solve all of his problems. With everyone relying on him, will Mark be able to save the day? Or will the price of being a hero be too high?  ~~~~~ I know that I'm biased, but that cover is gorgeous. It was created by the incredibly talented Lily Dormishev . You can find more of her work here: Website:  https://www.ldormishev.com/ Facebook:  https://www.facebook.com/lilydormishev/ Add to your Goodreads' reading list:  https://www.goodreads.com/book/show/52847392-summer-sin Summer Sin is now available at the spe
Read more 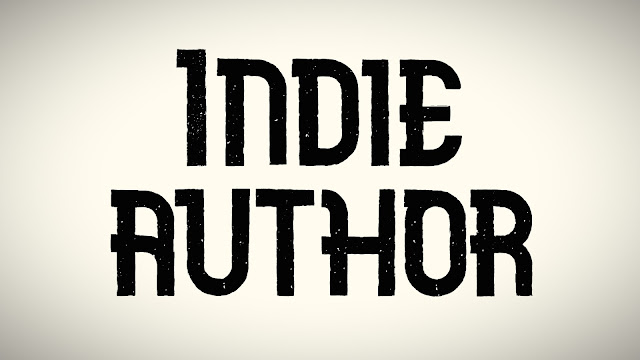