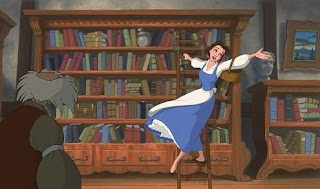 Hello lovely readers. I know this is a blog about book reviews so... I guess technically this still fits in.

Earlier today I was busy editing my next book - which translates into skimming through Facebook, Twitter, and my thoughts going in every direction other than what it is supposed to.

Whether you are a reader; blogger; writer; reviewer; editor; designer or any of the plethora of people that come together on social media, you will undoubtedly notice the main aim that authors hammer away at - Leave Me A Review. 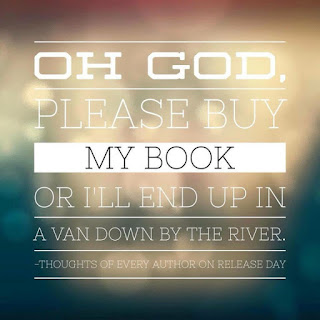 Well, OK, maybe this is second to the BUY MY BOOK emphasis.
Which is both really annoying, but also the necessary evil that we feel that we must do. But I'm going to stop before I go into rant mode for that.
Let's return to the reviews.


Why do we want them?
To satisfy the desire to be gratified that we just don't get from everyday life...
OK, if I'd be lying if I said that wasn't true. We all want that warm fuzzy feeling that someone actually read our book and left a review. If it's a positive review, it's a bonus!

I would say there are three main benefits to having reviews:

1) Customer Feedback
That sounds boring, especially if you're familiar with all the little pop-up surveys and questionnaires begging for a little feedback, whether you're logging into your bank account; shopping online; donating to charity; or ordering a takeaway.
I will be the first to admit, I usually click the little exit button. They have my money/support, why waste more of my time?

A lot of authors these days are indie or small press. Which means there is a lot more flexibility in what they can put out. But on the downside, there is a lot less feedback than those in traditional publishing.
So you, lovely reader, have the opportunity to mould this new writer. Most authors read every review, and most of them take your comments on board - what you liked, what you didn't.

Now hands-up who has done statistic analysis at some point in their career/education. (Yes, not only am I bringing you Customer Feedback, I'm making it worse by adding Maths)

Stay with me.
How do we know that your feedback is honest? It simply breaks down to whether we have enough reviews to make an adequate analysis.
If I have a book with 5 reviews - four of which are glowing 5-star adulations; and the fifth is a 1-star review that points out that the plot didn't make any sense and the character were all one-dimensional.

It could be easy to hide behind the warm glow of the first four reviews. But what if a wider audience reviewed the book? What if those are the only 5-star reviews you get in 100? What if all the others concur with the bad review?
Don't get me wrong, no author wants their work to get trashed; but when it does on a large scale you've got to look at the common factor - the writer and their book.

But what if that same wider audience keep piling on the 5-star reviews? Well, I imagine there would be a bottle of something cold involved, and knowing that the writing is on the right track.

So going back to an earlier remark - you've bought the book, good on you. But I would dare to say that most authors would value a quick review over the royalties.
Besides, we really don't make any money in this game.

2) Trustworthy Purchases
Bloody hell, I think this sounds even more boring. But good news, no long blathering essay with this section. Quite simply put, nobody wants to part with their precious money for a book with no reviews and an unheard of author.
If J.K. Rowling releases a new book, we all know that it's going to be awesome. How can we not trust something that comes from her?
Did you know that her new book Harry Potter & The Cursed Child has been #1 in the Amazon Bestsellers since it was announced in February. This, for a book that doesn't even release until the end of July!
Now, Amazon doesn't allow reviews before books are officially released; but if you were to check out Goodreads, this book already has nearly a thousand ratings.

For all those other brand-new authors - some might liken their work to hers, or to other established writers, to give prospective new readers an idea of what their book is like.
"If you loved Lord of The Rings, you will love this..." 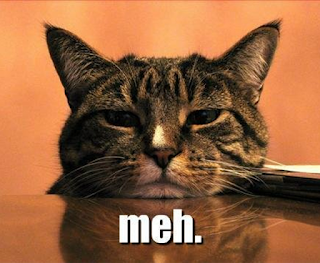 But how do we know they're not lying? How do we know that even if the genre and tone does match {insert title here} will we still like it?
Quick answer - those lovely reviews. Dear reader, you have the power to let others know if something was good, bad, or simply meh.
And "meh" reviews are just as important. Sure, everyone raves about 5-stars and rants about 1-stars; but I find the mid-range often more honest.

3) Having Few Reviews Limits Promotion
Bear with me, as this is the crux of the problem for many writers.

There are a lot of websites and newsletters and companies that will promote your book for a fee. These are essential, because most people gloss over the irritating BUY MY BOOK direct nagging from the author; but they sign up to hear from the professional-book-reporters.

Which is great, except the majority of them demand a minimum number of reviews and/or a pretty price.
But how are you supposed to get enough reviews unless you can promote it?
Even if you scrape through with the reviews, you're still likely to get rejected. These companies want to make money, and unknown, unrated books doesn't help to build the number of people that sign up for their services.


Reviews Happen
So.... somehow reviews do happen.
I have been very lucky with my books. Take The Shadow Rises for example - it currently has about 30 reviews on Amazon US, and 20 reviews on Amazon UK (it has reviews with other retailers, but Amazon is the main one).
That might not be a sniff next to Ms Rowling's thousand, but for an indie book, that's pretty decent. It means that I don't have to worry about the above points. I have plenty of feedback, opinions and can sign up to most promo sites.

Fifty reviews, and I am grateful for every single one.
But what about the ones that didn't happen?
I was looking at my sales for this book. Most days I have an average of 15 downloads, and I've been lucky enough to have a few peaks in May, at 300 and 900 in a day.
So for the sake of easy maths, let's say there are 100 downloads a week.
100 downloads in a week adds up to 5,200 in a year.
In the three years since publishing, that makes 15,600.

That sounds a lot, doesn't it?

So that means of all the people that have downloaded a copy of my book, only a third of 1% have reviewed it.
0.33 of every 100 people leave a review.
Awesome.


(P.s. everyone that has given feedback online or in person over these last three years deserves a big hug. Except I don't hug people, but you know what I mean. I wish I could buy you all a beer.)