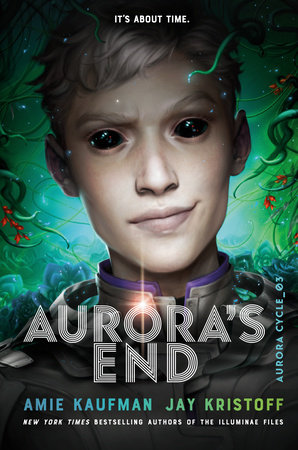 4 out of 5
Synopsis
The squad you love is out of time. Prepare for the thrilling finale in the epic, best-selling Aurora Cycle series about a band of unlikely heroes who just might be the galaxy's last hope for survival.
Is this the end?
What happens when you ask a bunch of losers, discipline cases, and misfits to save the galaxy from an ancient evil? The ancient evil wins, of course.
Wait. . . . Not. So. Fast.
When we last saw Squad 312, they were working together seamlessly (aka, freaking out) as an intergalactic battle raged and an ancient superweapon threatened to obliterate Earth. Everything went horribly wrong, naturally.
But as it turns out, not all endings are endings, and the team has one last chance to rewrite theirs. Maybe two. It's complicated.
Cue Zila, Fin, and Scarlett (and MAGELLAN!): making friends, making enemies, and making history? Sure, no problem.
Cue Tyler, Kal, and Auri: uniting with two of the galaxy’s most hated villains? Um, okay. That, too.
Actually saving the galaxy, though?
Now that will take a miracle.
Review
Squad 312 have survived against all odds. Now they have to find a way home to save the day for good.
I received a free copy from Netgalley in exchange for an honest review.
The narrative is again split between the members of the squad, this time in three different locations/times.
Because the weapon malfunctioned, most of our heroes have been flung out of time.
Scarlett, Fin and Zila find themselves trapped on a damaged vessel, near a station that is about to blow up. The pilot Nari Kim might make an ally, but only if she stops shooting at them.
Auri, Kal and his psycho father the Starslayer, are all thrown forward, and get to see first-hand what happens to the universe when the Ra'haam win.
The leader of the squad, Tyler, is alone. He knows all of his friends may well be dead, but that's not going to stop him. He will have to embrace his space pirate persona to smuggle himself back onto the Aurora Academy, and try to help them before it's too late.
I enjoyed following the adventures of the separate groups, the allies they make, and the discoveries they find. It's kinda hard to say anything without any spoilers!
It was great watching Zila come into her own, and everything she does.
Auri stepped up and finally became who she wanted to be. She had taken on the Eshvaren's training, but wasn't going to follow their rules blindly.
The not-so-good.
I felt like there was a fair bit of repetitiveness and filler (and not just the time loop ;) ).
Maybe it's because we're following three very different stories, and it's a bit necessary to repeat what's happening and why. Or maybe it's to do with the extra attention spent on various relationships. I ended up skimming some bits.
I was a bit frustrated with several parts of Auri's story.
Kal is a sweetie, but he spends the whole time being a background character, stepping up only when Auri needs his fighting prowess. He's just... nice.
The Starslayer - Auri tries so hard to keep him around, because she needs him for X reason. But then he goes and does Y, and Auri manages X by herself, as though she always knew she could.
I thought the ending to the Ra'haam conflict took an interesting turn, but then it dragged on a bit, and I was kinda wishing it'd wrap up one way or another.
Overall, I've enjoyed this series.
Goodreads
Amazon
adventure LGBTQ NetGalley reviews romance sci-fi YA 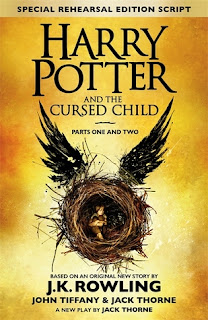