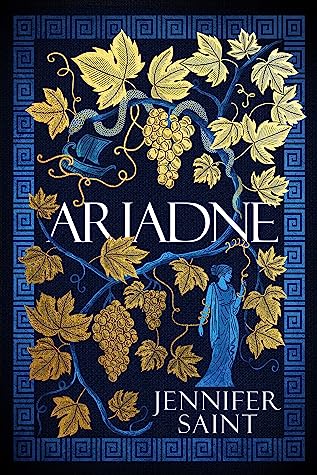 3 out of 5
Synopsis
A mesmerising retelling of the ancient Greek myth of Theseus and the Minotaur. Perfect for fans of CIRCE, A SONG OF ACHILLES, and THE SILENCE OF THE GIRLS.
As Princesses of Crete and daughters of the fearsome King Minos, Ariadne and her sister Phaedra grow up hearing the hoofbeats and bellows of the Minotaur echo from the Labyrinth beneath the palace. The Minotaur - Minos's greatest shame and Ariadne's brother - demands blood every year.
When Theseus, Prince of Athens, arrives in Crete as a sacrifice to the beast, Ariadne falls in love with him. But helping Theseus kill the monster means betraying her family and country, and Ariadne knows only too well that in a world ruled by mercurial gods - drawing their attention can cost you everything.
In a world where women are nothing more than the pawns of powerful men, will Ariadne's decision to betray Crete for Theseus ensure her happy ending? Or will she find herself sacrificed for her lover's ambition?
Ariadne gives a voice to the forgotten women of one of the most famous Greek myths, and speaks to their strength in the face of angry, petulant Gods. Beautifully written and completely immersive, this is an exceptional debut novel
Review
Behind the heroes and monsters of Greek legend, women are often forgotten, or worse, punished by the whims of gods.
I received a free copy from Netgalley in exchange for an honest review.
The narrative is split between two sisters - the Princesses of Crete, Ariadne and Phaedra.
Their father insulted a god, and as a result, his wife was punished, giving birth to a monster. Not learning from his errors, King Minos puts the minotaur in a labyrinth and uses the creature to cow his enemies.
Ariadne hates that Athen's children are sacrificed to the Minotaur every year in the name of peace. When Theseus comes with this year's tributes, he is bright-eyed, good-hearted and just the hero she needs.
Things don't go to plan, and she is left on a deserted island, presumed dead.
Meanwhile, her younger sister Phaedra is sent to Athens. Her marriage to Theseus is purely political, but she finds that she loves the politics in running their city.
I liked this retelling of the Minotaur, and everything that happened afterwards, from Ariadne and Phaedra's perspective.
It clearly shows how women are merely pawns to gods and the patriarchal society. They do nothing wrong, but seem to be the victim time and again.
Their mother was the daughter of the Sun, but that didn't stop her from losing her mind and living an awful life, despite being the Queen of Crete.
Phaedra in particular, sees everything clearly. She sees through the deceptions of men, and can read between the lives of the stories of heroes. That doesn't free her from having to live by her husbands demands. Phaedra's narrative was definitely my favourite.
The not-so-good.
Despite the title, this is not Ariadne's story, and I found that disappointing.
I felt like she was a blank canvas, displaying everyone else's story - her parents; her brother; Theseus; Dionysus; Phaedra. Even legends such as Medusa were relayed through Ariadne.
For our "main character", she was voiceless and driveless, she just did as she was told. The brief moments when her own story was being told, I found it very dull and slow-moving.
Phaedra's story had a lot of potential, she was a really interesting character. But I felt that... nothing really happened. We are told that she likes being on the council, despite them not taking her advice directly, but we don't really see any examples.
We are told that she gets chummy with other mummies to learn more about her husband etc, but again - we don't get to see any interactions, and the mums are nameless, faceless entities.
Unfortunately, the most exciting part (the Minotaur) was over in the first quarter.
After that, it just felt like an impersonal array of stories.
Goodreads
Amazon
fantasy Historical NetGalley paranormal reviews romance YA 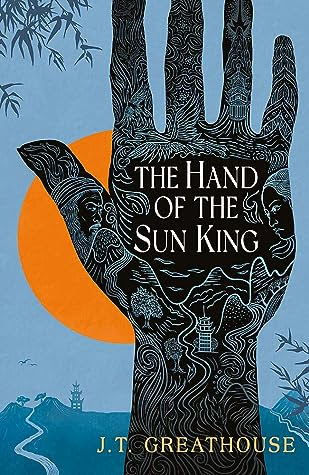