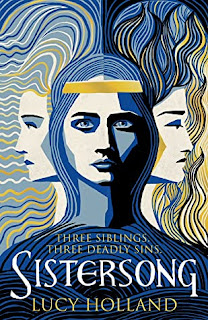 535 AD. In the ancient kingdom of Dumnonia, King Cador's children inherit a fragmented land abandoned by the Romans.

Riva, scarred in a terrible fire, fears she will never heal.

Keyne battles to be seen as the king's son, when born a daughter.

And Sinne, the spoiled youngest girl, yearns for romance.

All three fear a life of confinement within the walls of the hold – a last bastion of strength against the invading Saxons. But change comes on the day ash falls from the sky, bringing Myrddhin, meddler and magician, and Tristan, a warrior whose secrets will tear the siblings apart. Riva, Keyne and Sinne must take fate into their own hands, or risk being tangled in a story they could never have imagined; one of treachery, love and ultimately, murder. It's a story that will shape the destiny of Britain.

After their father, the king, abandons the old gods; Riva, Keyne and Sinne can feel the magic of the land fading.

This follows the story of three sisters.

Riva is the eldest. As such, she is sensible and responsible.

When she was younger, she nearly died in a fire; and despite having healing magic, she cannot fix her own scars. The burns have stopped any offers of marriage, giving Riva a strange freedom.

Keyne is the middle child. He also identifies as male, in a time when women's roles were restrictive, Keyne struggles to find their place.

Sinne is the youngest. She has a natural beauty and grace, strengthened by her magical glamour.

Sinne likes to enchant the men around her, whilst she waits for the man of her dreams to sweep her off her feet.

Their lives are changing drastically, with the new priest that is pushing his Christian religion down their heathen throats.

As the people begin to turn their back on the old gods; the magic of the land starts to dry up.

There is also the constant threat of being attacked, as the Saxon invasion looks to be inevitable.

The world-building was great, and I thoroughly enjoyed getting to know the land of Dumnonia (Devon & Cornwall in the 6th Century).

You get a real feel for what it is like for the people at the time. The Romans have left britain, but their religion remains, getting stronger as more zealots push Christianity onto the papan populace.

Foul people like Gildas use their religion as an authority to cow and punish others.

I found the first half of the book very slow.

Riva, Keyne and Sinne are not close, despite being sisters and each yearning for freedom and a life better than what fate has given them. As such, the narrative is shared by all three, and we are told of the hum-drum life and all the little stuff three times over.

To start with, Riva was my favourite character. Scarred and still bitter about her life-altering injury, she finds some freedom in pursuing her passion of healing.

Keyne was timid to begin with, their chapters slowly building on how frustrating it is to be forced into a mold just because he was born into a girl's body.

Sinne was the spoiled youngest child. Beloved and pampered by all. She has big expectations in her life, and gets jealous when she doesn't get her way.

My feelings towards these characters changed very quickly. Disappointingly so in Riva's case.

Riva flips into a shallow girly-girl who can only think about boys - everything she had previously sworn was ridiculous. I had very little patience for her storyline.

Sinne got mildly more interesting in her friendship with the mute Os, but she got pushed into being a background character. Then three-quarters through the book, something suddenly happened, that had me asking 'what the f?' It was just thrown in their for story progression.

The truth is, this is Keyne's story. It's all about his growth into becoming someone that his father and lords can respect. It starts off subtle enough, but then both of his sisters take a complete back seat; their plotlines are ignored.

To be fair, I did really enjoy Keyne's story. I thought he was a believable and honourable character throughout. I enjoyed watching him find his path, with the help of Mori; and the really sweet connection he has with Gwen.

For his story alone, I would have scored the middle section a solid 5 stars.

In the last 50 pages, Keyne takes their place in the castle; the saxons finally attack; they fight the bad guy; and all live 'happily' ever after.

Ugh, the bad guy. I wanted to smack everyone throughout the book. No subtlety.

Overall, I thought the writing was strong and the story had some real highlights; it's just unfortunate there were so many low points. 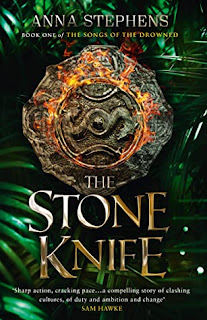 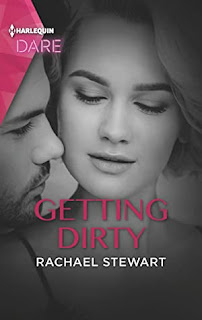