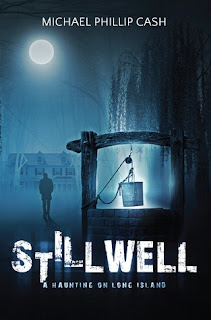 Paul Russo’s wife just died. While trying to get his family’s life back in order, Paul is being tormented by a demon who is holding his wife's spirit hostage on the other side. His fate is intertwined with an old haunted mansion on the north shore of Long Island called Stillwell Manor. Paul must find clues dating back hundreds of years to set his wife's soul free.

When Paul loses his wife, only his children and his job hold him together. When he's hired to sell Stillwell Manor - an old house with a dark history - Paul is forced to deal with the ghosts and demons that surround him.

Paul has just lost his wife, Allison, to cancer.

They were literally childhood sweethearts, and he's never known life without her.

For the sake of his kids, he has to pull it together. Starting with going back to work - the cancer treatments depleted their savings, so it's vital Paul sells the Stillwell Manor.

Stillwell is a character all its own. An old, slightly dilapidated mansion, it has enough ghosts, not least the murder-suicide of the previous owners.

Having to spend time in the house, getting it ready to sell, Paul starts to learn some of its dark secrets.

I was expecting this to be solely a ghost/paranormal/horror story. Although this was a very solid spooky story, with believable paranormal activity; there's also a surprisingly sweet story about a family trying to come to terms with the loss of their mum. The intense grief afterwards, as well as the six months of living in limbo, putting their lives on hold, as she got increasingly sicker.

I enjoyed following Paul's story, as he tries to deal with looking after 3 kids, and realises all the things his wife is going to miss out on, as they grow up.

I equally enjoyed the solving of the local mystery, of the girl thrown down the well some 200 years ago.

I liked how it all finished, and the truth behind the demon tormenting Allison's ghost.

This was a well-written short-story, and I look forward to reading more of the author's work.

Secrets of the Lavender Girls 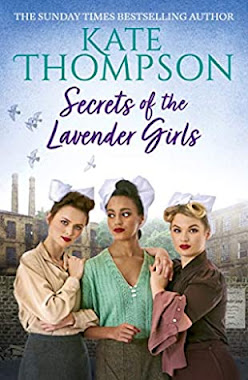 Secrets of the Lavender Girls by Kate Thompson 4 out of 5
Synopsis Nell Gunn, Snowball and Esther will be back, along with more characters from Britain's biggest beauty factory, as they battle the twists and turns of war in Stratford.
Will Nell find lasting love? Will Snowball reveal what forced him onto the streets? And will Esther be able to tame the wild child she takes under her wing as part of her new bursary? As flowers and vegetables blossom in the Shoot's new Dig for Victory allotment, can the inhabitants really bury their pasts?
Review One little community in the East End has had to endure years of war, but that won't stop them living their best lives.
I received a free copy from Netgalley in exchange for an honest review.This is the first book I've read in this series, and it was really easy to jump into this story. That being said, I am keen to read Secrets of the Homefront Girls.
This follows the lives of many people in the Shoot, but has three main narrators.E…
Read more 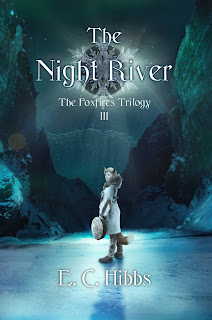 BLURBAs the light returns, darkness will fall...Spring is coming to the Northlands, but even as winter fades, an icy terror spreads. The three Worlds are on the brink of collapse, and ancient monsters rise from the earth, their wicked eyes set firmly on the mages.Tuomas, still reeling from his defiance of the Great Bear Spirit, must finally face the reality of who he is. Mihka is furious with him, Elin refuses to speak to him, and the people do not trust him. As the villagers drive the reindeer back into the south to safety, he must set out with Lumi one final time to right his wrongs and keep the Worlds from falling apart.But this quest shall bring the greatest test of all, for it will take him into the Deathlands: a place where no living person has ever stood...
SPECIAL ANNOUNCEMENTBeginning on release day, December 19th, 10% of royalties from the sales of all three Foxfires Trilogy books will be donated …
Read more

Sting Magic Empire of War and Wings Book 1 by Sarah K.L. Wilson Genre: Epic Fantasy Adventure
She has the wrong kind of magic but the right kind of heart.
In the Winged Empire, magic comes on swift wings. Literally. it manifests from its bearers in the form of a bird, granting skills to those who wield it. But this year, things are different. Aella is the fiercely determined daughter of settlers on the far edge of the Winged Empire. Her huge family means everything to her and when the Empire strips them of their weapons, leaving them defenseless against the deadly magic that surrounds their settlement, she feels powerless to help.  Unfortunately, her frustration comes out in the worst way possible - as abberant magic. When Aella's magic manifests, it doesn't come as a bird. It arrives as an angry swarm of bees.  And that abberation will threaten her life and everything she loves.  Can Aella keep her family safe by learning to control a magic born of frustration and fe…
Read more