A Throne of Swans 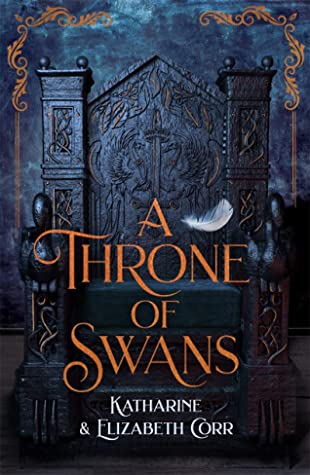 A Throne of Swans

by Katharine Corr and Elizabeth Corr

Synopsis
In a world where the flightless are ruled by those who can fly...

When her father dies just before her birthday, seventeen-year-old Aderyn inherits the role of Protector of Atratys, a dominion in a kingdom where nobles are able to transform at will into the bird that represents their family bloodline. Aderyn's ancestral bird is a swan. But she has not transformed for years, not since witnessing the death of her mother - ripped apart by hawks that have supposedly been extinct since the long-ago War of the Raptors.

With the benevolent shelter of her mother and her father now lost, Aderyn is at the mercy of her brutal uncle, the King, and his royal court. Driven by revenge and love, she must venture into the malevolent heart of the Citadel in order to seek the truth about the attack that so nearly destroyed her, to fight for the only home she has ever known and for the land she has vowed to protect.

Written in rich detail and evocative language, this is the start of an irresistible, soaring duology about courage, broken loyalties and fighting for your place in the world.

Review
As the new Protector of Atratys and the niece of the King, Aderyn has to go to court, the one place her father tried to protect her from. She has to work out who to trust, and protect her secret - she can't fly.

Aderyn lives in a world where the ruling class transform into birds. The 'Flightless' lower class live and die by their harsh rules.
After an attack when she was a child, which killed her mother and left Aderyn both physically and mentally scarred, and unable to transform anymore. If anyone finds out the truth, Aderyn will lose everything, and the King will use it as an excuse to take the valuable land of Atratys.

This story is inspired by Swan Lake. The royal family (including Aderyn) are all swans when they transform, and they have held the throne for as long as anyone can remember.
As she gets to know her cousins and the rest of court, she has to work out who to trust. Everyone has their own agenda, and some are even plotting to overthrow the throne.

Away from court, Aderyn is learning how different Atratys is from the rest of the country. It is a haven where the flightless live in peace.
Everywhere else they exist under cruel and unforgiving rules. They aren't even allowed weapons to hunt with, and the punishment is the death of their whole family.

This was a wonderfully creative world, and I'm looking forward to the rest of the series.