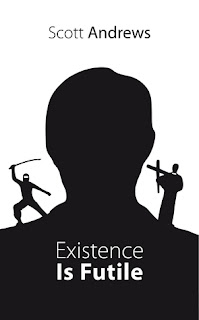 Synopsis
'Professor Henry Tomlinson, accredited member of the National Microbiologists Association, author of the best seller 'The Futility of Sheep', widower, father of twins, sat on the chair in his ransacked study and for the first time in his life, asked himself if he was losing his mind.'
There are three things which can irrevocably change a man's life - the death of a loved one, a moment of revelation and saying the wrong thing at precisely the wrong time. Unfortunately for Professor Henry Tomlinson, he has recently experienced all three. And it's those experiences which threaten to push him over the edge. Is his past really key to understanding his present, or is it yet another trick of his mind?

Review
This is... a hard book to describe. I've read it, and I'm still not entirely sure what it is about. The process of loss? The questioning of sanity and reality? The futility of humans? Or about actual ninjas?All I know is it was fantastic. Although all the above sound quite intense, Andrews has given us a book that is full of warmth and humour; it is easy and a delight to read, without dumbing down on it's topics.It portrays both personal madness, as the main character questions his sanity, and the public interference and perception. As the main character swings to madness and back, the narrator keeps everything clear and logical, never losing his reader. And I love the frustratingly real way the national press and everyday person jumps on a few meagre words and creates their own reality from it. The supporting cast are all unapologetically flawed, jumping to conclusions, and too wrapped up in their own lives to attempt to give a madman a chance when it is so much more entertaining to do otherwise.Throughout the book there does seem one steady thread - love. And not the Hollywood, polished version; but honest love in all it's imperfect glory.Anyone that knows me, knows that I am an emotionless bitch, but even I was caught by the sweet and sincere devotion.There were only two points that I could even begin to think of as less-than-positive, and I had to scrounge to even find those.I found the way the chapters were set out a little unusual - one would be 20 pages long, and another would be 2 paragraphs.And also I was occasionally lost trying to follow the Henry/the stranger/the fixer tangles, remembering which was which was where was following whom.But I'm sure the next time I read it I won't notice either of these things.I would recommend this book to everyone that enjoys Ben Elton and Stephen Fry.Oh yes, and there are ninjas. 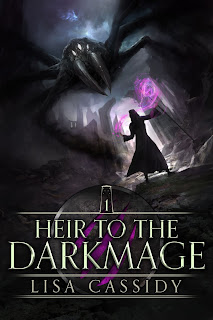 Heir to the Darkmage by Lisa Cassidy 3 out of 5 Synopsis Ambition drives her. Danger thrills her. But magic always has a price. Twenty years have passed since the Darkmage was destroyed and the war between mages ended. For Lira Astor, the single living heir to the Darkmage, escaping her name is impossible. People still fear what is long dead, and they see in her the rise of another dangerous mage with deadly ambition. Desperate to claw her way free of her grandfather’s shadow, to make her own name amongst the world of mages, Lira is willing to do whatever it takes. Even if that means joining the secretive rebel group looking to restore his vision. Survival is a lesson Lira learned early and often, yet when she is abducted and held prisoner in a deadly game of cat and mouse, she finds herself facing a nemesis she may be no match for. Forced to band together with unlikely allies who challenge everything she believes about what it means to be a mage, she will have to rely on every bit of
Read more 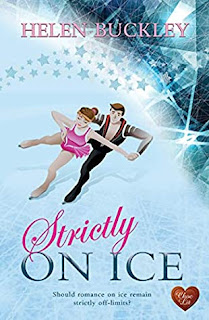 Strictly on Ice by Helen Buckley 5 out of 5 Synopsis When falling in love comes with the risk of falling flat on your face ... Former Olympic skating champion Katie Saunders is well known for her ‘ice queen’ persona in the press. On the face of it, perhaps Katie should have forgiven her former skating partner and ex-boyfriend, Alex Michaelson, for the accident that shattered both her ankle and their Olympic dreams – but she just can’t seem to let it go. When Katie reluctantly agrees to take part in a new TV skating show, it’s only because she’s desperate for cash. What she didn’t count on is the drama – not only is she partnered up with infamous love rat rugby player Jamie Welsh, but one of the judges is none other than Alex Michaelson himself. As the show progresses, will Katie be shown the hard way, once again, that romance on the ice should remain strictly off-limits? Review 'Ice Queen' Katie gets roped into a new celebrity ice skating show where her ex is on the judging pan
Read more